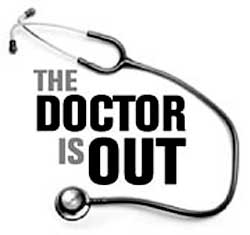 The medical industry, AKA “medical mafia”, AMA, and their p-Harma partners in crime have created a pill for every dis-Ease known to modern “society”. They have also created a group of friends for you, known as “support groups”. These groups become your closest friends, and losing this “disease” mostly means losing these close friends, or at the very least, losing what you had in common, your bond. It becomes a sad thing then, to leave this identity, your “disease”.

Once you are diagnosed with a “disease”, you will 100% without a doubt be given a medication, or several medications, that you will be taking for the foreseeable future, possibly until you die, and that date will rapidly approach even faster with these drugs the p-Harma drug cartel will push on you. They are expensive, and extremely toxic, as many of you know, and they are curing nothing with these drugs. If these drugs did cure anything, there would be no more money flowing from each patient. The doctor is not even allowed to tell you about going raw vegan, or otherwise fasting, to cure your dis-Ease (the body is not at ease, not being attacked from without, but from within, by the food you are dumping into your body). No, only those plans and actions that will enrich the greedy ones who formed this killer industry, and their many times unsuspecting workers (Doctors and Nurses), plus drug pushers (p-Harmacists). I will expound on this industry a LOT more in future articles, but for now, this will suffice I think.

The fake “food” industry creates addictive foods to keep you buying and craving and buying again, your food/ drug of choice, making you sicker, and primed for the medical industry, as one of their addicts. As a famous comedian (Chris Rock) once said, “They don’t care if you take drugs, they just want you on “their” drugs”, in regards to the p-Harmaceutical Industry.

So, if you already are at the point, for whatever reason, maybe your life was negatively impacted by this industry, that you do not trust the medical industry, I say that you are already cured, because trust and reliance in/ on that system is what has you sick in the first place! Well done!

Dry Fasting, why do we “lose weight”?