Forums
Main Fasting Suppor...
Knowledge on Cancer
What is Cancer?

[Sticky] What is Cancer?

Last Post
RSS
0
Topic starter
Cancer is a natural “autophagy” of Damaged cells, a process that is natural, and occurs when a person becomes toxic with their lifestyle and eating habits/ volume. Cells are either cancerous or non-cancerous, thats it, simple, and the cancer named based on location of the concentration, area in need of healing. Of course the cancer industry needed a bunch of different types and names of cancer, and calling some cancer “aggressive” and not aggressive, as if that makes it some kind of different type of cancer (so that you keep sending money to their multitude of cancer charities, cancer research, blah blah blah), when it’s not, it is just the process of clearing out unwanted cells that is different, based on what the body deems is needed. Just like how cars have been made more complex under the hood to keep most people from being independent of mechanics, The truth about cancer has been made more complex (ie. lies) in order to keep people running to doctors when they are diagnosed with it (The doctor makes $10,000 per chemotherapy referral in the US, hmmm, no conflicts there eh?). There are protocols that directly heal a person, and it is not complicated, but of course guys who spent money getting their degrees as so-called doctors, or even naturopaths, are required to go by their training, as they are “licensed” (by who? And for what, “licentious behavior”?) and taught that there were different types of cancer, etc., which is completely untrue, But this untruth is perpetuated by a 100s of billions of dollars a year industry. IF a person, when diagnosed with cancer, and all organs still functioning, were to just stay away from the doctors and their protocols/ chemo for cancer, the body would do what it does naturally, and use the cancer to remove the damaged cells, then replace, with the person healing and coming back stronger. Of course the person would either stop eating, or use a raw diet to ”get out of the way” of the body and allow it to heal, including clearing of the colon as well, as there must Be a change from what got the “cancer victim” (not a victim) into this last ditch effort cancer (body saving itself) in the first place. Apricot seeds kill cancer cells, all cancer cells, as there are no types, just locations and different pace of healing. The cells are either cancerous or noncancerous, it’s that simple. This was proven by Dr. Krebs in 1953. I have been saying what I’m telling you here since the mid 90s when I found out about the cancer scam, and even the Naturopath’s are mostly unaware of this truth, As that doctor was immediately kicked out of the industry when he revealed his findings about cancer. When you go and search articles on his name, you will see how he was done up after he came out with the truth in his findings. In short cancer does not attack you, no one is a victim of cancer. A little kid getting cancer (Little kids never got cancer just decades ago, but of course they do now), may be the closest thing to a victim, since it was his or her mothers habits and actions that caused him or her to have cancer in the first place.
There are No “cancer survivors”, just “shit eating habits survivor”. A survivor of their own bad eating habits, habits That hopefully were changed after that cancer wake up call. This is the truth, whether you like the sound of it or not.
Answer
Add a comment 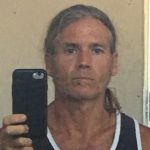 Very informative post! This post has a lot of information here that can help me a lot.